Most Popular Gaming Consoles by Real Usage, Not Sales Numbers

What is the bestselling gaming platform? Are the ‘most popular’ consoles we see in sales number reports – the same ones most people play games on? Thanks to advanced device intelligence, CUJO AI can answer these questions. We have a very clear view of what types and models of devices people use across the 1 billion device population monitored by our security algorithms. In this article, we analyze the anonymized and aggregated data about real-life gaming console adoption to tell you what types of gaming consoles are most popular, which console model is at the top of the food chain, and whether next gen consoles have gained enough adoption to dominate the gaming market.

Device intelligence is a vital aspect of IoT and network security for large telecommunications networks, as it allows telecom security systems to quickly detect when a particular device is acting out of character, which indicates a possible area of concern: such as a device security breach or a coordinated botnet attack.

To learn more about the connected device landscape based on device intelligence data from CUJO AI Explorer, see our most recent report about device popularity and trends.

Two gaming console makers – Nintendo and PlayStation – are battling for first place in terms of game console popularity. Nintendo has only recently jumped into the Top 2, pushing Microsoft’s Xbox into third place. Google Stadia controllers are extremely niche, but we have to assume the real number is a bit higher, as Stadia can run on other devices.

What Is the Most Popular Gaming Console

Sony PlayStation 4 is still the leading gaming console, trailed by the Xbox One and the Nintendo Switch. The PS4 currently hold a large portion of the total gaming console market, which is astounding considering it had quite some competition over the years.

Interestingly, the PlayStation 5 has failed to break into the top 5 most popular consoles by mid-2021, likely due to supply issues and price scalpers. Nintendo took advantage of this, briefly challenging PlayStation for their market-leader position.

PlayStation is the Leading Gaming Platform

Our data clearly shows how PlayStation has managed to stay in the lead among all gaming platforms despite a brief challenge from Nintendo. While it still leads the marketplace in terms of adoption, both the PS and Nintendo share around 35-38 percent of the pie. Xbox seems on the losing side here, recently dropping to only 25 percent of the market.

While the success of the PlayStation can be attributed to many factors, it should be noted that the PS5 had quite a low adoption rate by mid-2021, as it failed to break into even the top 5 most popular consoles.

The Popularity of the Nintendo Switch

Nintendo Switch is quite popular, as it is the third most popular gaming console at the moment. It gained a significant amount of the market during the 2020 holiday season, when Nintendo briefly jumped from third first, before landing in second place as the most popular gaming platform.

Graph shows the overall gaming console popularity as a percentage of all online devices. See our full report for more data about connected devices.

Overall device data shows that gaming consoles, which make up around 5 percent of the overall connected device ecosystem, had two surges in popularity recently. The start of the pandemic saw consoles jump by 40 percent, before gradually dropping to its lowest point just before the Holiday season, when it had another similar surge as millions of new consoles went online.

Our analysis of device adoption shows that most new gaming consoles that went online after the 2020 holiday season were Nintendo Switches.

Are PlayStations more popular than Xboxes?

Both the PlayStation 4 and the PS3 are more popular than the Xbox One or the Xbox 360, respectively. Overall, the Sony PlayStation has around 50% more adoption than the Microsoft Xbox.

Is the PlayStation 4 more popular than the Xbox One?

Yes, our device intelligence algorithms clearly show that the PS4 is more popular than the Xbox One. It is notable that these two gaming consoles are the most popular gaming devices in use at the moment, trailed by the Nintendo Switch.

Nintendo Switch vs the PS4 – which is more popular?

The PS4 is a lot more popular than the Nintendo Switch, but the latter is in the Top 3 most popular gaming consoles currently. Nintendo has gained a lot of ground in popularity in the last 15 months.

PlayStation 5 vs the Xbox

In case you’re wondering which gaming console will have more adoption and people to play popular games with, you should know that the PlayStation 5 is not as widely adopted as people might think, and it had trailed both the Xbox 360 and the Xbox One in popularity, as well as the PS4, PS3, Nintendo Switch and 3DS by mid-2021. 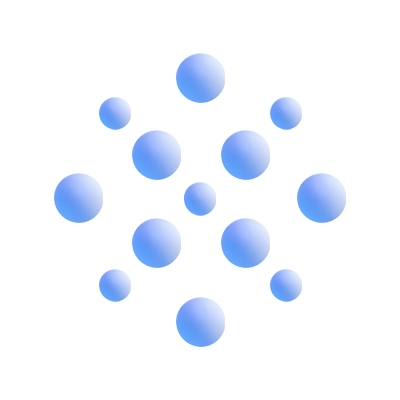 Linkedin
IoT
CUJO AI News
Eufy Security Vulnerabilities: How Many Households Might Be Affected?
Zoltan Balazs
Protecting the World, One NFT at a Time
Marcio Avillez
Device Intelligence Is Crucial for the Future of Network Service Providers
All blog posts

Eufy Security Vulnerabilities: How Many Households Might Be Affected?
By CUJO AI News

Connected Cars Gaining Popularity in 2021-2022
By CUJO AI News
All posts by CUJO AI News
We use cookies on our website to give you the most relevant experience by remembering your preferences and repeat visits. By clicking “Accept All”, you consent to the use of ALL the cookies. However, you may visit "Cookie Settings" to provide a controlled consent.
Cookie Settings Accept All
Manage consent